Places of Interest in the Chateau Garden

The Chateau Garden is situated next to the chateau. It has been a national cultural monument since 1995 and since 1998, it has been inscribed on the UNESCO World Natural and Cultural Heritage List. It is also a part of the Kroměříž Urban Monument Reserve. The nature-landscape park in the style of English gardens covers an area of ​​64 ha between the chateau and the Morava river. Adding to the romantic look is a network of water canals and several ponds, a number of small buildings from the end of the 19th century preserved until today and sculptural decoration.

The garden comprises extensive, mostly maintained grassy areas and a unique collection of trees. Over 200 species of rare trees from different parts of Europe, America and Asia grow here. In addition, small animals (exotic birds, monkeys) are kept in the garden and wild birds nest here. The Chateau Garden is freely open to the public all year round and it is a very popular place for wedding ceremonies. 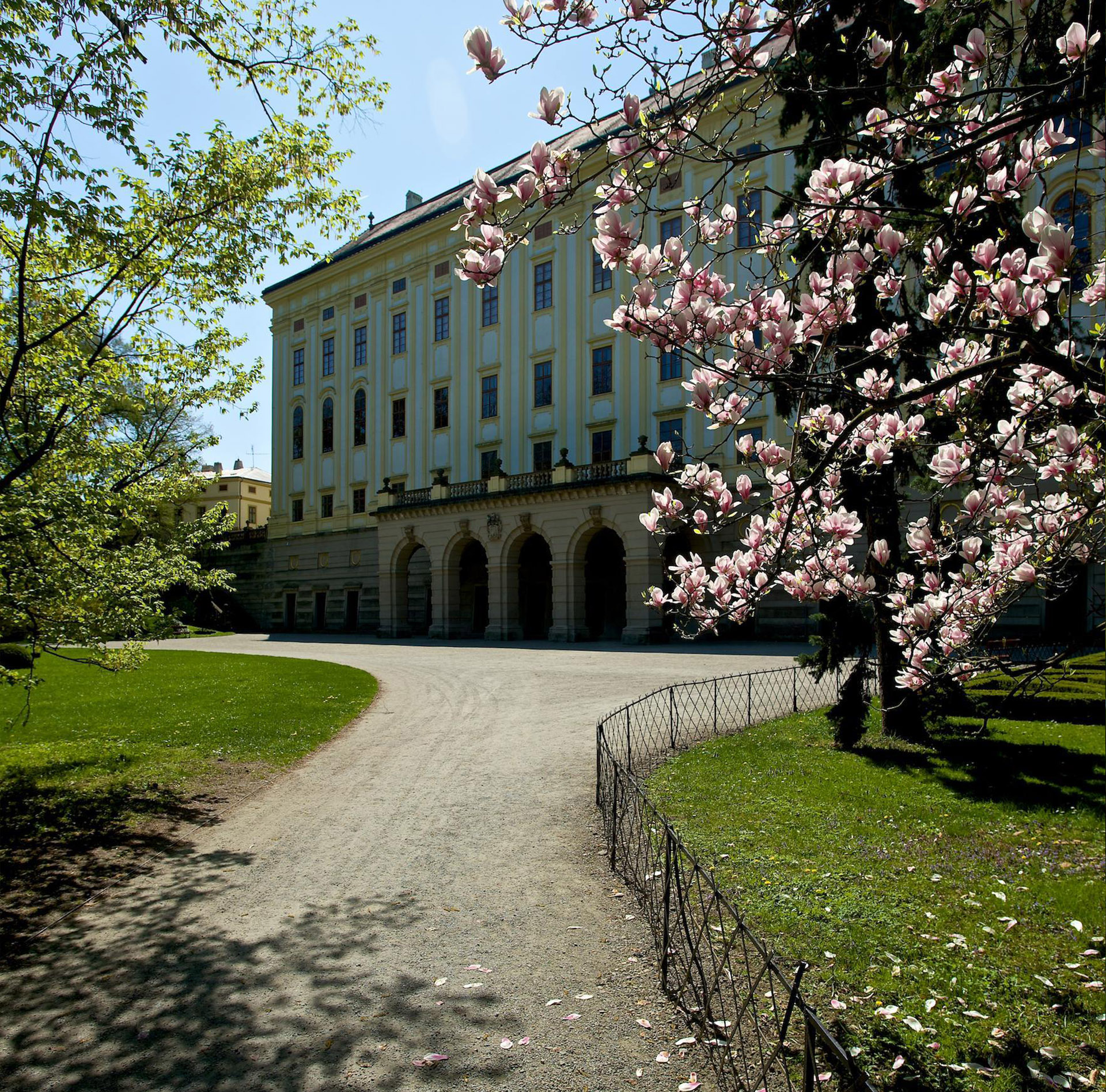 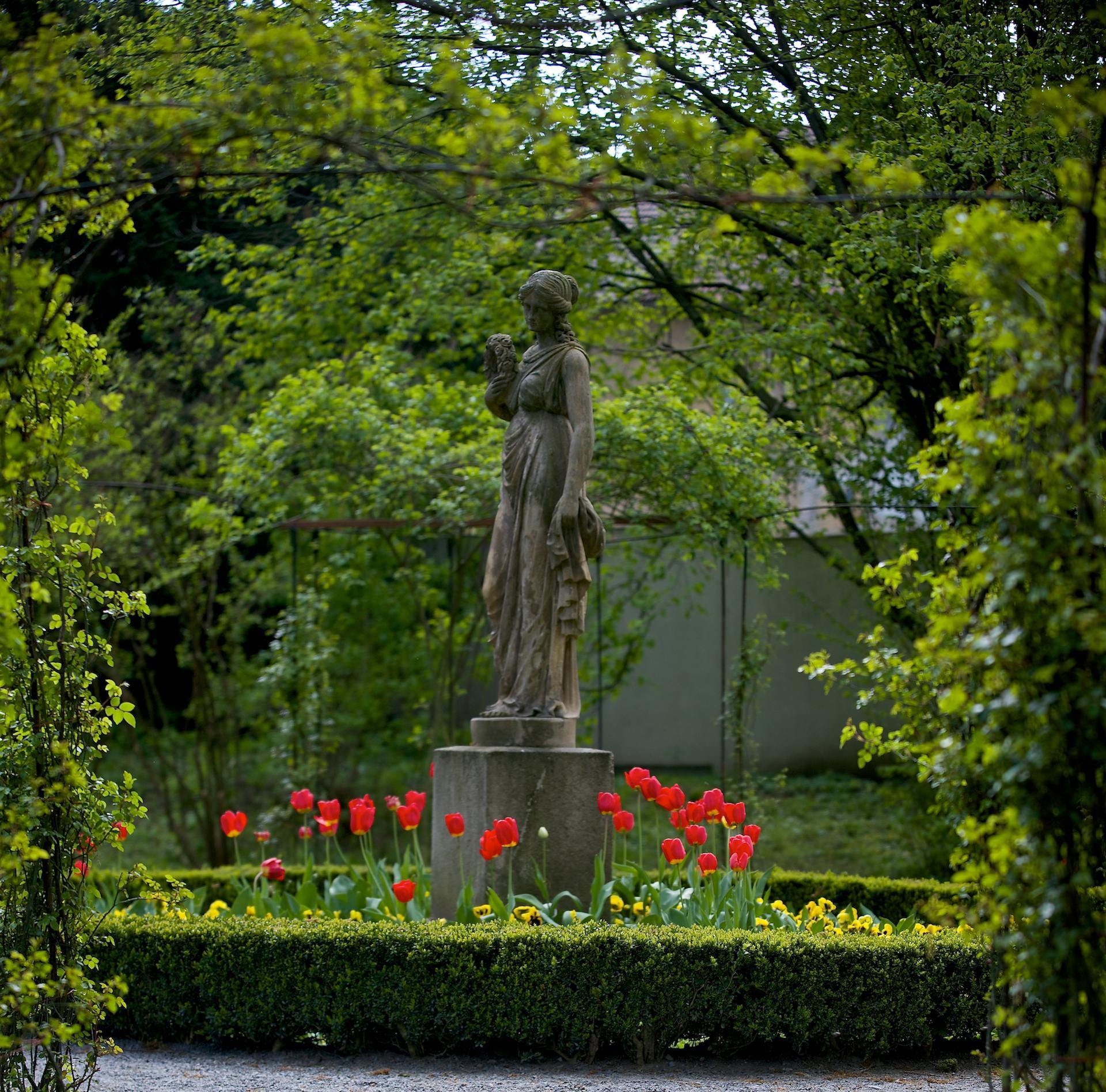 Interesting Facts from the History

The Chateau Garden is an integral part of the chateau area. Its oldest part was established in the first half of the 16th century under Bishop Stanislav Thurzo. The first written reports and illustrations date from the end of the 16th century. It was a mixed – utilitarian as well as ornamental – garden. A significant change took place after 1664 under Bishop Karl II von Liechtenstein-Kastelkorn, who gave the garden an early Baroque form. According to the project of architect Filiberto Lucchese and his successor Giovanni Pietro Tencalla, the old utility garden was removed and the ornamental part with the central broderie, fountain and statues was extended. The garden was directly connected to the castle, where a sala terrena was built in the basement. At the end of the 18th century, Archbishop Colloredo-Waldsee modified the garden in the spirit of the Enlightenment and at the same time according to the original solution. He had a colonnade built with an adjoining flower terrace (giardino secreto), extended the area with a water canal and a poplar alley and had it decorated with many small buildings and objects for the entertainment and pleasure of visitors (summerhouses, swings, artificial ruins with a waterfall, etc.).

The transformation of the garden into a natural landscape park dates back to 1832. The Baroque part was changed into a large grassy area lined with mature trees and shrubs topped by a large lake (today known as “Chotkův rybník”). Picturesque nooks and sceneries emerged around the original as well as newly erected small buildings and only a torso of the Baroque sculptural decoration stayed in place. In the new part of the park, the Maximilian’s Court was built with stables and facilities for cattle breeding, the Pompeii Colonnade was created and a network of waterways with new bridges and the Fisherman’s Pavilion was modified. The bodies of water also served for birds and other animals. During this period, the garden experienced its greatest blossoming and got its current layout as well as the area of ​​more than 60 hectares.

At the beginning of the 20th century, the garden was a popular place for walks and relaxation of visitors and city residents. In connection with the regulatory modifications of the Morava river, the area of ​​the park grew once more. There are several very interesting buildings in the garden, among them the Colloredo and the Pompeii Colonnades, the Fisherman’s Pavilion and the Gardener’s House.

In 2012, a new garden facility was built consisting of several wooden houses arranged around the central courtyard. The facility received a certificate of merit in the Grand Prix of the Czech Chamber of Architects.

The Chateau Garden is open all year round and with its beauty and uniqueness, it belongs among the most popular gardens in Moravia.

This applies to the Chateau Garden as well

This applies to the Archbishop’s Chateau as well